The ArcheAge Crafting Calculator is a project I’ve been working on for quite a while. It’s greatly grown in scope over the last year, and while crude and still in what I’d consider its early stages of development, it is a project I’ve grown to be happy with, and one that’s served me well as an ArcheAge: Unchained player.

This project has been publicly available as a paid app on the Microsoft Store for quite a while now, but I hadn’t really talked about it at all. As such and given the recent release of the new Fresh Start servers in ArcheAge: Unchained, I figured I should change that.

So what exactly is this calculator?

Quite simply – a crafting calculator for the game ArcheAge, supporting optimal path calculation, and including Auction House profit, profit/labour and total labour costs, as well as proficiency labour reduction support.

I originally started work on this tool because I didn’t like having to depend on online-only tools by third parties in this case, Mokulu.io. While that third party tool was excellent and extensively used by the ArcheAge community, it did eventually go down, and since I already had a half-working prototype, I decided to keep working on it until it was usable. It has since been updated countless times, with new features and bugfixes.

Originally, you would’ve had to manually select a breakdown for each recipe as the calculator had no concept of price calculations – all it did was recursively break down a recipe into its chosen breakdown options and build a table with item values to be displayed to the user. Now, this tool is capable of using component value data to determine which crafting path is the cheapest – even accounting for outdated price information, as the calculator will ask the user to update any item prices older than a week if need be.

Another feature I find rather useful is the support for any input/output modules – I’ve personally only made 2 such modules so far, one using the terminal for input/output, and one using Discord instead. Implementing other such frontends is therefore made extremely simple, and when the project is more mature, I’d like to make frontends for other platforms – namely Telegram, but also a proper web interface, along with a mobile app. I also intend to change the desktop client application and modularise it – give it plugin support so anyone can extend the project – as is, the backend of the project is already decently modular, but the frontend is just a hardcoded console application with Discord support.

As for upcoming features, I’m going to replace the pseudo-scripting engine with a real Lua interpreter to allow users to script whatever functionality they want.

You can’t currently get the Linux/cross-platform builds, but this will change, again, once the project is mature enough. Get in contact with me if you’re interested, though! 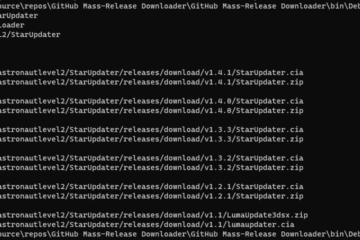 A very simple .NET utility whose purpose is to download every release asset from a GitHub repository, I put it together quickly to download and update files on my homebrew mirror. You can find the Read more…

This is a tiny app I made a long while ago that replaces Near with VitaShell. This is meant to serve as a backup option in case you lose VitaShell and are left stuck without Read more… 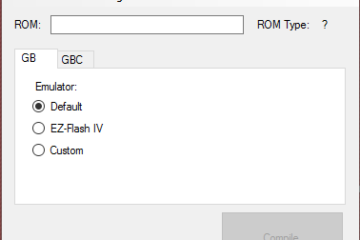 Well, this is nothing new or updated, but I’ll be moving a lot of stuff from the old site to this one so expect to see a lot of old stuff being reposted. So EZGoomba Read more…